Put on your swagger – boast your best outside-the-box solution 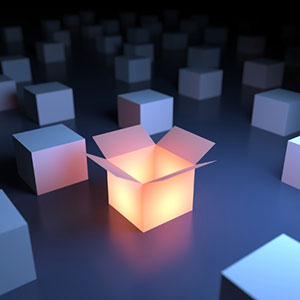 Thinking outside-the-box, it’s heard often, but what good is it? After all, no one ever got fired for following procedures inside the box. But inside is not likely to win you any accolades either.  If I were interviewing a prospective hire, this would surely be on my standard list of questions, right after “Tell me about yourself.” Argh…old…shame on you if you’re not prepared for that one.

Here is a great example of
out-of-the-box thinking.

An advertising production manager at a big box store found that survival would mean finding a creative solution. Traffic management was one of Kay’s departments staffed with two coordinators. They shared an office. Desks were piled high, walls covered with tacked up notes; it was dizzying just walking in there

Their work could be so easily streamlined by computers. She bought them each a Mac, showed them how to use the program, and guess what? They refused.  Judy and Clarissa had worked there 20 years, were very well-liked and Kay was a brand new hire. Clearly she had a problem. Pondering for a few days she hired a temp to do their work. Never was a coarse word spoken.

It wasn’t too long before they realized no new work was coming in.  They had been bypassed totally. Soon a little knock on the door and they sheepishly admitted they were afraid of the computer and would Kay teach them. And so she did. It turned out fantastic and you know what else? Months later the corporate headquarters relocated and most of the staff, including them, was let go.  Kay later learned that because they were proficient with computers, they were able to find new jobs quickly. Don’t you just love happy endings.

Do tell us – What has been your best outside-the-box solution?

Paul Hansen is the Founder and CEO of Millennium Consulting. Paul is also a board member at TechServe Alliance.

Connect with Paul via LinkedIn.